We are excited to share with you the film poster for Trashing Transphobia, designed by Harriet Argyle. 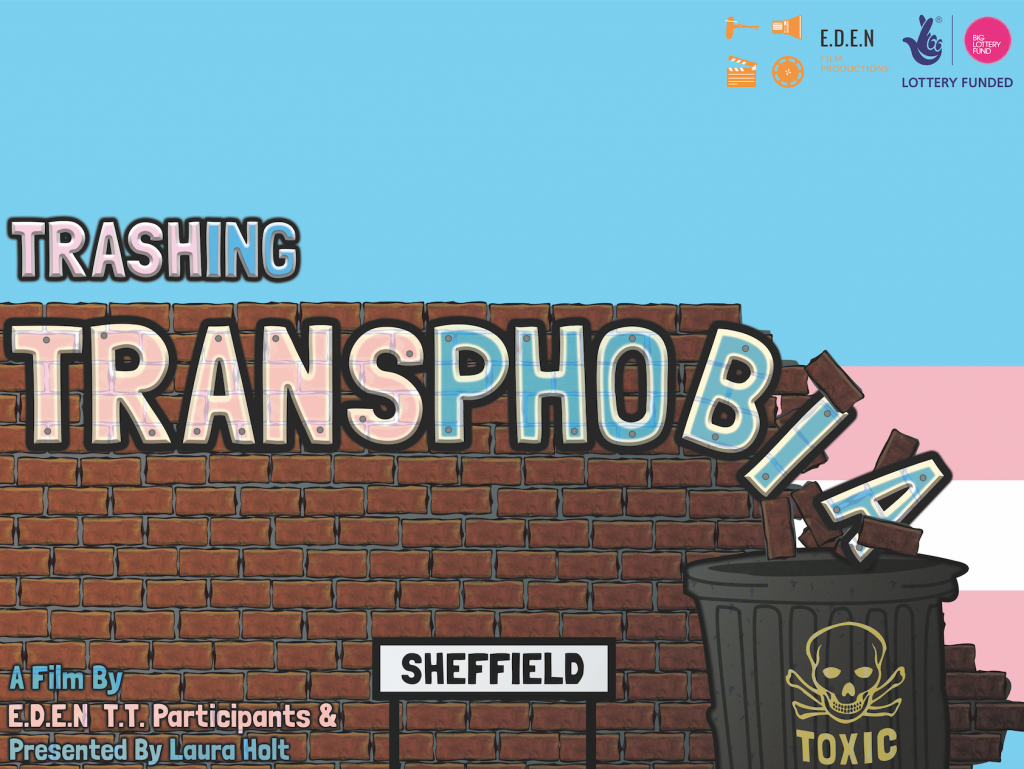 Trashing Transphobia has been created by the participants involved with the Trashing Transphobia project funded by The Big Lottery Fund. The participants on the project have been involved with all aspects of the film, learning filmmaking skills, filming several interviews and lots of editing. They have learned how to use a Canon C100, Canon 5D and GoPro cameras, radio microphones, how to operate a boom pole and using Final Cut X.

The film premieres next week at the Sheffield Odeon on Transgender Day of Remembrance, 20th November.

Please find the full programme below: 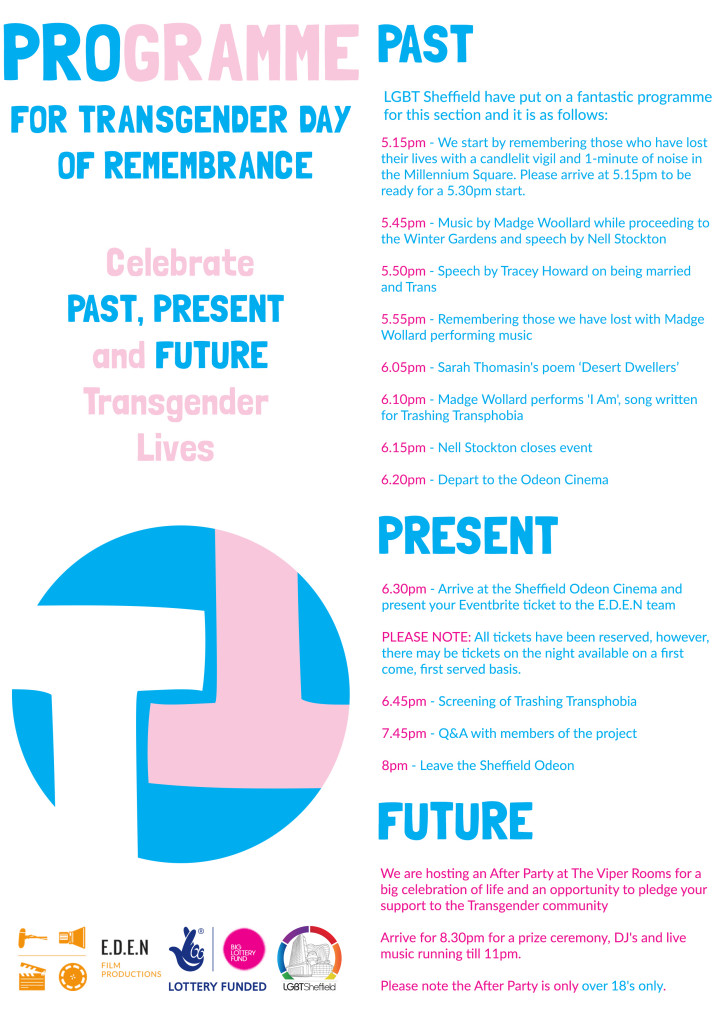