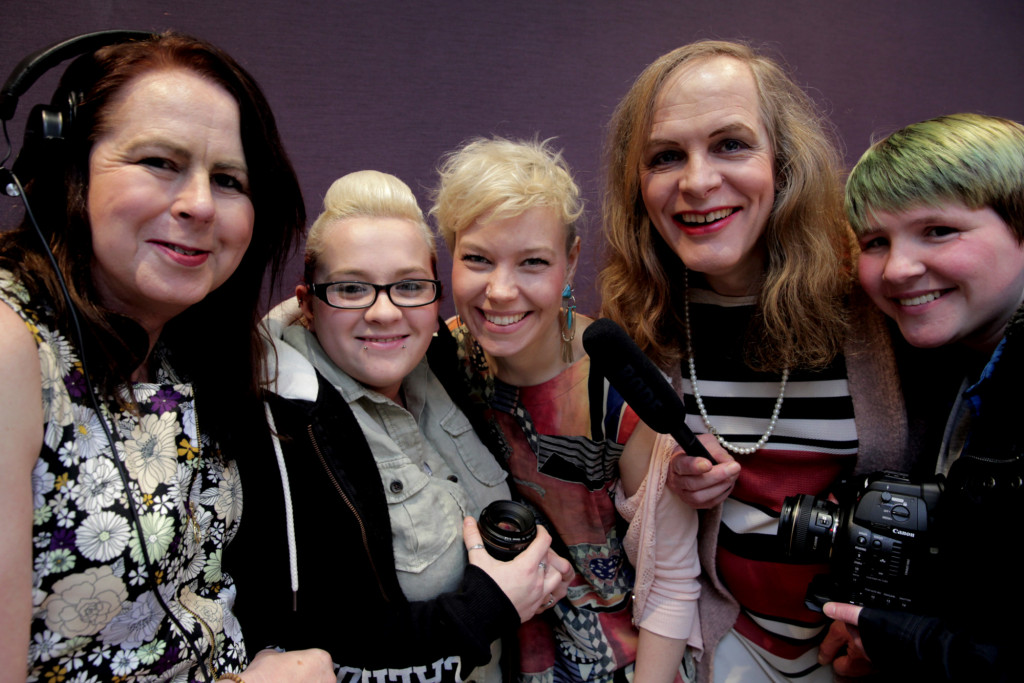 We are in the running for The People’s Project and we want your vote so that we can create a Sheffield film festival with a difference.

Our project, Transforming Cinema, aims to give transgender and gender nonconforming people a voice and a platform in a society that all too often doesn’t allow for this. Depression, self-harm and suicide are some of the issues that affect trans people to a much higher rate than non-trans people; media representation is low and the messages we do hear are negative, unhelpful and even harmful.

We want to challenge this by creating Transforming Cinema, a film festival that champions trans people, films and stories.

But it’s not just about an event; we would also mentor people in South Yorkshire to help them create their own films to submit to the festival. Our project would add to the great tradition of creativity and filmmaking that we already have in Sheffield and it would really put our city on the map as the welcoming, warm and inclusive destination we know it to be.

At E.D.E.N Film Productions, a Sheffield-based social enterprise, we have been working for equality for lesbian, gay, bisexual and transgender (LGBT) people for three years, producing and screening films across the region. We want to continue this work to make sure we see a diverse range of people on the big screen, not just already big Hollywood names.

By working together with the Sheffield community we would to create Transforming Cinema, a project and event that would educate and promote a more open and inclusive society that embraces diversity and welcomes all, whoever we are. We hope that you will help us by giving us your vote.

Voting opens at 9am on Monday 29th February and closes on Sunday 13 March at 12pm (midday).

Please include the following details: name, address and telephone number of the voter and the name of the project they are voting for. These details are also available by phoning 0800 197 8610.

Please remember you can only vote once per person per region.

Previous Post
Something About Us – Premiere ScreeningNext Post
Why you should vote for Transforming Cinema – Peoples Projects
Author: Claire Watkinson Category: Uncategorised