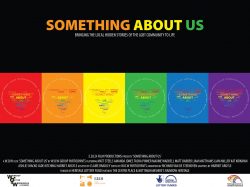 Premiere screening at Worksop’s Savoy Cinema of the two LGBT History films made on E.D.E.N Film Production’s, Something About Us Project.

The two films made by the W.O.W group during the Something About Us project are screening at the Savoy Cinema in Worksop for end of project celebration and as part of LGBT History Month on the 3rd of February 2016. The event will start at 6pm with the two films screening from 6.30pm. There will be a Q&A with members of W.O.W about their experiences on the project and making the film. David Edgely from Nottinghamshire Rainbow Heritage will also be providing a historical presentation. 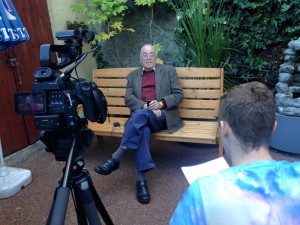 Something About Us is a project, funded by The Heritage Lottery Fund that has involved working with young people from the Lesbian, Gay, Bisexual and Transgender group W.O.W in Worksop. The project aimed to research and record what it was like historically to be LGBT. The group worked together to compare the past and the present-day, with a focus on the local area.

The project provided training in archive research, oral history and filmmaking techniques. Learning these skills gave the young LGBT people a voice; the ability to share the history they found, aiding local understanding of the LGBT community. The young people have produced a documentary film Something About Us using their oral history interviews and archive research findings, while recording their own on-going reflections of the research process on GoPro cameras and producing a separate reflective film W.O.Wing me, W.O.Wing you.

The young people have been on several trips including Nottinghamshire Pride, Nottinghamshire Archives, Sheffield Archives and Sheffield Local Studies. Documenting their journey as they learnt about their history.

You can book your free tickets for the Savoy Cinema here: https://www.eventbrite.com/myevent?eid=20986969591