Something About Us – Premiere Screening 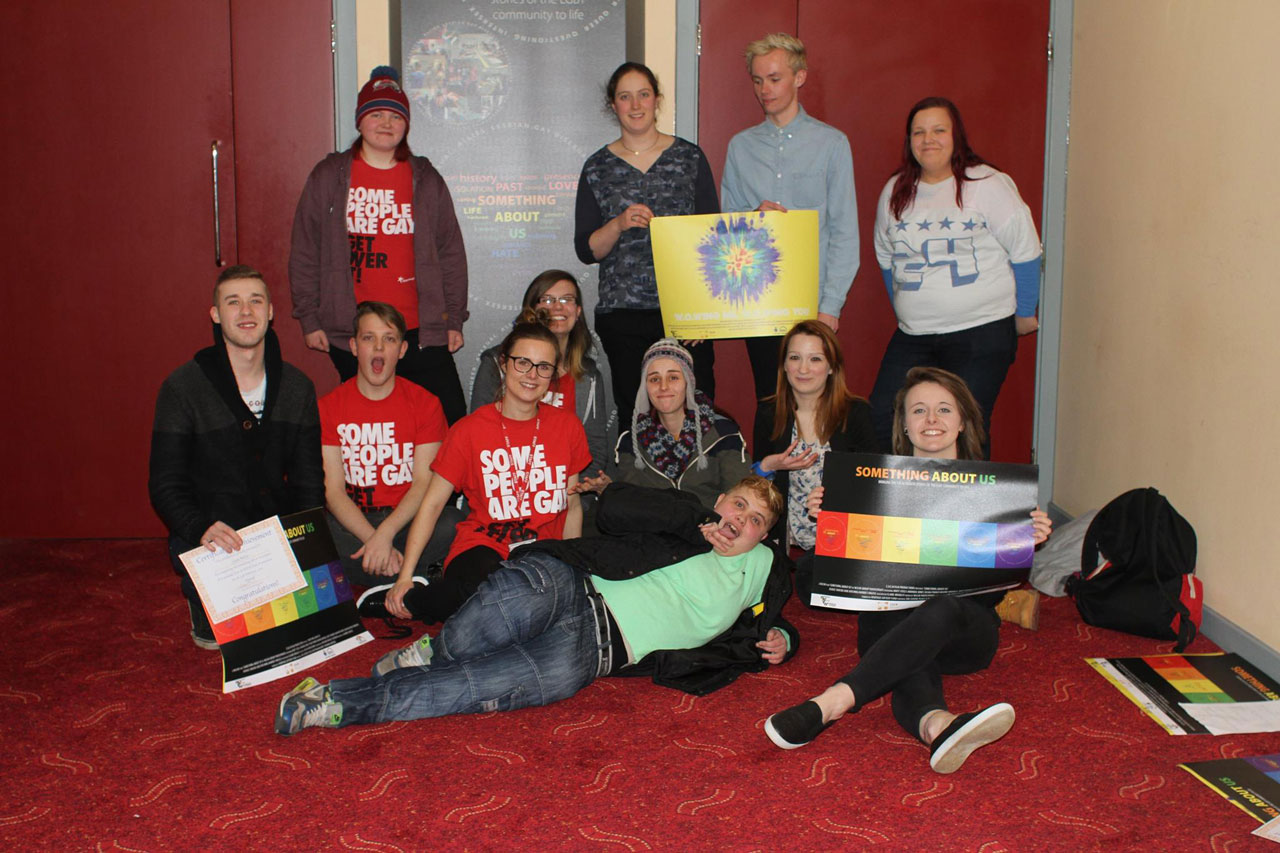 Two films made by the Worksop Out on Wednesday (WOW) lesbian, gay, bisexual and trans support service at The Centre Place and E.D.E.N Film Productions as part of the Heritage Lottery Funded history project ‘Something About Us’ were screened at the Savoy Cinema, Worksop on the 3rd of February 2016. Over 60 people attended the screening to watch the end result of the research and recordings which compare how life was to be LGBT to the present-day, with a focus on the local area. David Edgley (Nottinghamshire Rainbow Heritage) provided a presentation focusing on general LGBT history as an introduction to the films.

‘Something About Us’ is a project run by E.D.E.N Film Productions, which began in June 2015, that has involved the young people attending the W.O.W service researching and recording what it was like historically to be LGBT. The project provided training in archive research, oral history and filmmaking techniques. The young people produced a documentary film ‘Something About Us’ using their oral history interviews and findings from research from Nottinghamshire and Sheffield Archives. Throughout the project the young people have been recording their own on-going reflections of the process on and have produced a separate reflective film ‘W.O.Wing me, W.O.Wing you’.

Managing Director of E.D.E.N Film Productions, Claire Watkinson said, “The young people of W.O.W have worked extremely hard throughout the project and it has been fantastic to see their confidence develop alongside acquiring creative and historical skills. The two films were really well received at the screening with brilliant feedback and we are looking forward to sharing the films with more audiences.”

Helen Azar Manager of The Centre Place and W.O.W service added- “We are extremely proud of what the young people have achieved throughout the project. We received excellent feedback from those that attended the screening on both the content of the films and the positive work being done with the young LGBT community by The Centre Place. The screening has been a great start to LGBT history month for the area and for us as an organisation it marks the celebration of 7 successful years in delivering specialist LGBT support through the W.O.W service and 20 years of supporting vulnerable young people throughout Bassetlaw.”

For more information regarding W.O.W at The Centre Place please text WOW to 07977637167, or call 01909 479191/ info@centreplace.org.uk/ www.centreplace.org.uk. To find out more about E.D.E.N Film Productions or the Something About Us project visit https://www.edenfilm.co.uk/

The films can also be seen at several other locations over LGBT History Month, which includes:

The films will also be available to view online at E.D.E.N Film Productions website, www.edenfilm.co.uk