Premiere film screening of The Year Without Pride? – E.D.E.N. Shorts 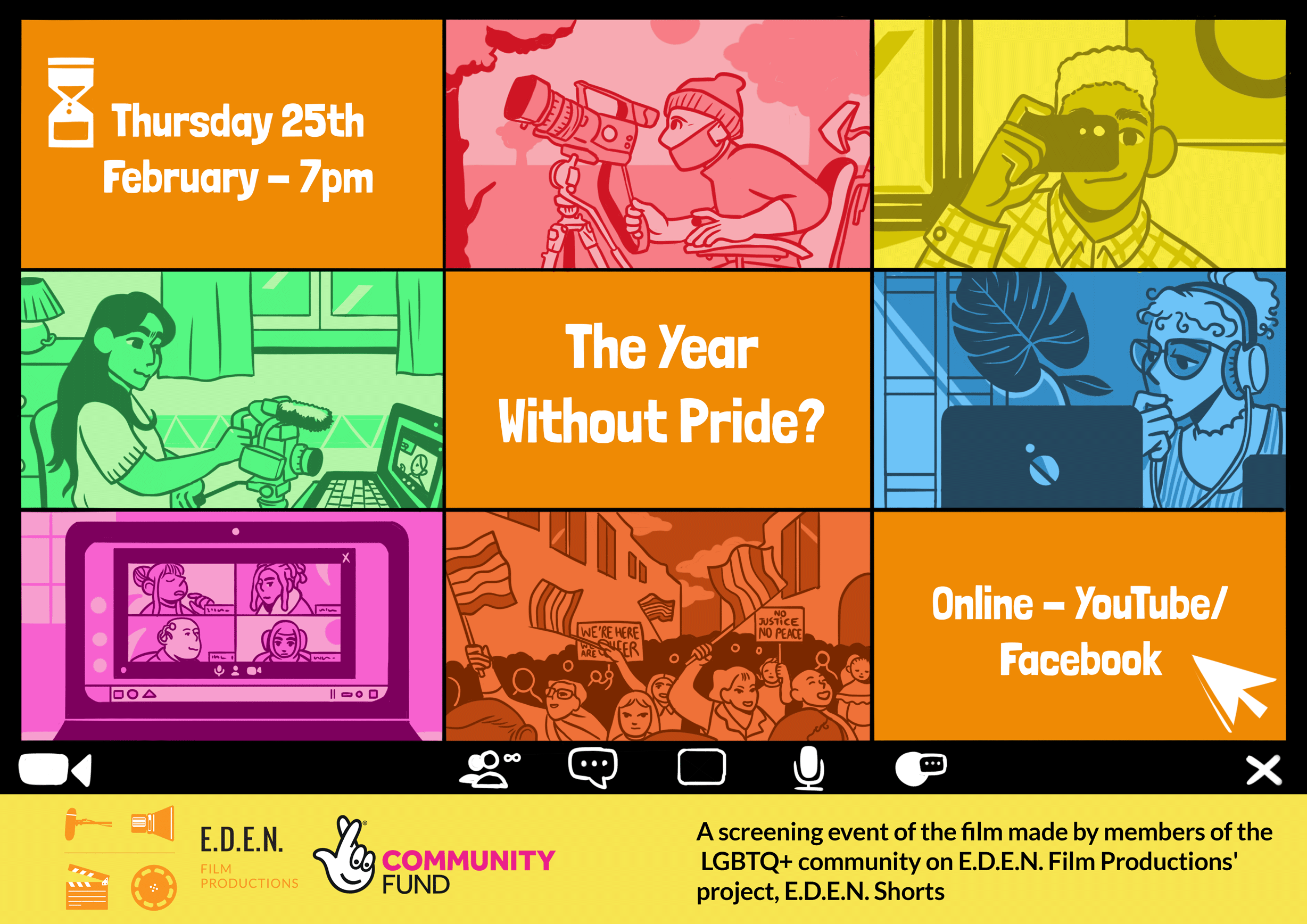 On Thursday the 25th February 2021, E.D.E.N. Film Productions will be showcasing the short film The Year Without Pride? The film was produced by members of the LGBTQ+ community on their online filmmaking project, E.D.E.N. Shorts.

E.D.E.N. Shorts launched February 2020 in Sheffield via in-person filmmaking workshops, where 16 members of the LGBTQ+ community were set to produce a short film raising awareness on important LGBTQ+ issues. The group had attended five in-person workshops that covered areas of filmmaking – however, due to COVID-19 the project had to been postponed in the planning stage.

Given the circumstances E.D.E.N. Film Productions decided to adapt the project online. E.D.E.N. Shorts members were invited to join the online project and with spaces left members from the online E.D.E.N. Digital project were also invited.

The project included interactive online filmmaking workshops, online planning sessions and group discussions. The participants of the project filmed interviews via Zoom with a variety of organisations and individuals discussing the impact of the pandemic on the LGBTQ+ community and the hopes for the future.

E.D.E.N. Shorts is an online filmmaking project for the LGBTQ+ community funded by The National Lottery Community Fund, where a short film has been created.

Please Note: We will send information via Eventbrite and our social media about the YouTube and Facebook premiere location closer to the screening date.