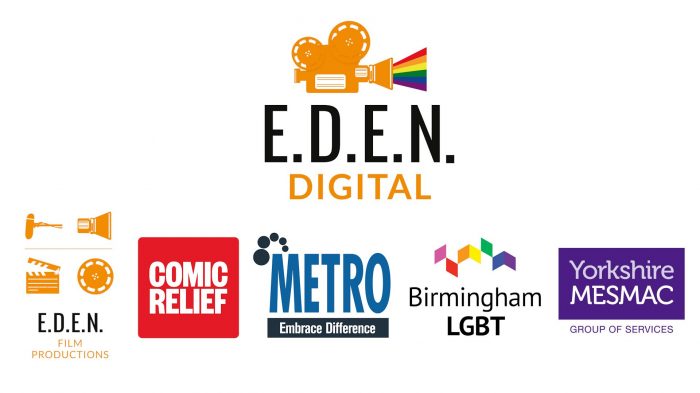 E.D.E.N. Digital 2021 launched in February and engaged 18 members of the LGBTQ+ community in 15, 2-hour interactive online filmmaking workshops, covering storytelling techniques, sound recording and editing. Alongside group discussions, feedback sessions and a 1-2-1 Zoom call available for each participant on the project.

The aim of the course was to empower the participants with all the tools they needed to make a film using just their phone, or whatever camera they had available. The project was delivered by award-winning filmmaker Brett Chapman and E.D.E.N. Film Productions’ CEO and Founder Claire Watkinson.

As part of the E.D.E.N. Digital project we hosted four online masterclasses on a range of filmmaking topics with Melanie Iredale, Blaise Singh, Abena Taylor-Smith and Jack Peter Mundy. The masterclasses covered topics such as storytelling through short films, creating a low budget film, cinematography and festival strategy. Details of these masterclasses can be found here.

On Friday the 18th of June 2021, E.D.E.N. Film Productions premiered the short films that were produced by members of the LGBTQ+ community on our online filmmaking project, E.D.E.N. Digital.

The poster for the film screening was created by stc019, a trans comic artist and illustrator, devoted to telling trans love stories and colourful mini utopias.