Trashing Transphobia, funded by The Big Lottery Fund, run from August 2015 till November 2015 and worked with 15 members of the LGBTQ+ community. The project involved training the 15 members of the LGBTQ+ community with filmmaking and interviewing skills, which they have used to produce a feature-length documentary, Trashing Transphobia. The participants were involved with the planning, production and post-production of the film.

The film sees Laura Holt go on a journey to discover what the transgender community goes through and why. Meeting with trans men, trans women, support workers, activists, researchers, allies and families she uncovers some of the transphobia prevalent in society today and she comes to the conclusion that we need to open our hearts and listen to those who are transgender.

Trashing Transphobia premiered at the Sheffield Odeon Cinema as part of Transgender Day of Remembrance 2015 in Sheffield on Friday to 20 November. Each ticket was taken, and we filled the 110 seats in the cinema.

E.D.E.N. was involved with the planning of Transgender Day of Remembrance and also organised an After Party at Viper Rooms for the project and event. DJ Lola, Fruits and Heather spun tracks and Nell Stockton announced the different activities that we had organised together with her and the Sheffield University LGBT society’s Gemma Halliwell. We had people writing down examples of transphobia and trashing it in a trash can, we had people making wishes for a better future with local drag queen Tia-Anna pinning them to a board of wishes and all in all we had a club full of people enjoying themselves whilst feeling safe. It has been a thoroughly enjoyable project for us to run and watch the participants grow in skills and confidence. 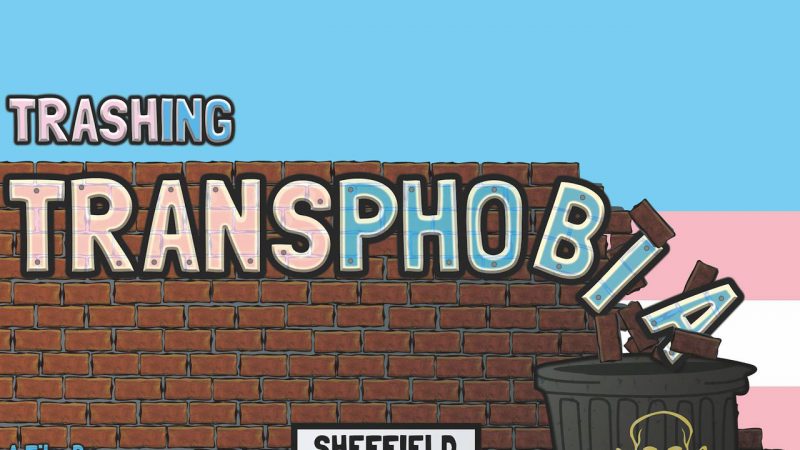 Behind the scenes of Trashing Transphobia